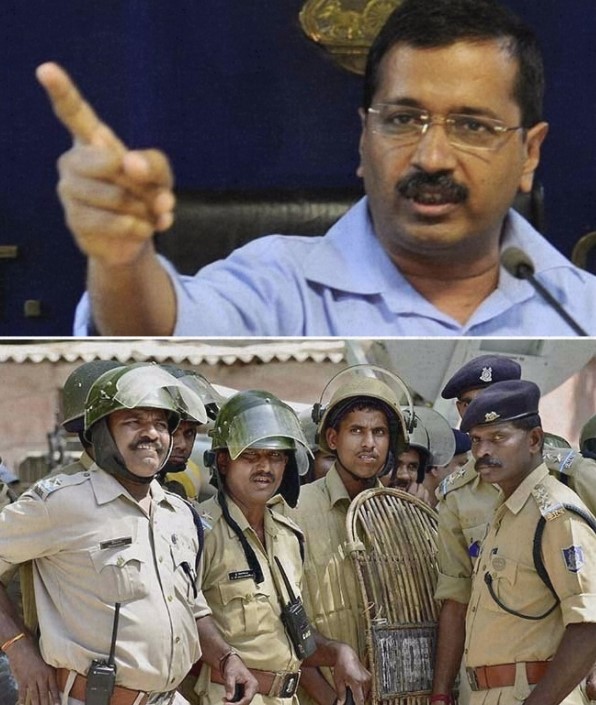 If you have been following the Delhi state’s political situation, you would know that the Delhi Chief Minister Arvind Kejriwal and his party are constantly at logger heads with the political powers at the Center. Given the nature of how the capital state is governed, not everything is under the Chief Minister’s hierarchical control. It’s a bit like matrix structures in large organization. There have been many public spats between the Delhi Chief Minister and the Police Department (which is under Central rule). There is a widespread acrimony between the two. There is a constant one-upmanship going on between the two, with each trying to do better than the other. Even though each is trying to show other as inferior (and corrupt, and inefficient), they are doing this by improving their game better than the other. In the process, both are providing better service to the public at large. This is different from the situation where opposition party trying to pull down the ruling party in parliament, wherein the strategy is primarily to point out negative things without any accountability of the opposition to deliver (whilst they are not in power).

What happens when we see similar acrimony at workplace? I observed that each person tries to prove themselves in their role. There is constant push to do better than the other person. Email responses are faster and there is a clamouring to provide better customer service.

Is it possible that acrimony in team can lead to higher performance?

Of course the side effects of acrimony is low trust amongst team, fewer ideas generated in open discussions, fewer open discussions, and in general, not a fun environment to work in. Unless the people are stuck in the jobs (like the Chief Minister and the Police Dept), there is a good chance that people in the team will just give it up and leave the organization.