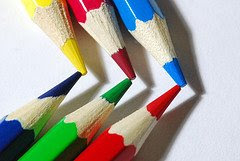 I have been getting a lot of Twitter newbie followers, some folks who I am inducting to Twitter and others who read my blog, or have worked me at some point of time. I try to get them started by giving them tips and introducing them to people they can follow. So what’s my advice to get started on Twitter? Well Twitter is different things depending on how you use it and you need to experiment to figure out what works for you.

Here are 10 tips to get you started with Twitter.